Do you remember this face?
It’s James Mathison!

James Mathison graced our TV screens first on Channel Ten as a reality star on The $20 Challenge then He found himself at Channel V as a video Journalist. In 2003 James Mathison became co-host of Idol Australia! We all went on the Idol journey with James for 6 years till he sadly departed the show. Yes, we were all in shock when he departed!
But that was not the end of us seeing James Mathison on our screens or on our airways! Next, we saw and heard James Mathison on Ready steady cook, Nova 96.9, he hosted the ARIAs, became a reporter and panellist on the 7 pm Project,  joined Weekend Sunrise as a movie reviewer and was a contestant on The Celebrity Apprentice Australia. But that wasn’t enough for James Mathison.
In 2016 we saw James taking the biggest leap in his career ever.
On 28 May 2016, James Mathison announced that he would contest the 2016 federal election as an independent candidate for the federal seat of Warringah. The seat is held by Tony Abbott, a member of the Liberal Party and a former Prime Minister.

James Mathison is a household name and cherished by many Australians.

I recently had the pleasure of sitting down with the man himself to see who James Mathison really is with some fun questions.

Let’s get down to business James, Some of these questions are silly but it’s a great way to see the real James Mathison!

You’ve just come off co-hosting Fashion+Aid Sydney, what was your highlight and how was the evening?
It was a great night. The brilliant SAYAH performed who I love and it was really wonderful to be part of something that raised money for an incredible cause like the Leukaemia Foundation.

Coffee or Tea? How do you have it?
Tea please. No sugar. No Milk. Piping hot.

How would you explain your personal style?
Americana meets normcore meets Bjorn Borg.

Who has been your biggest mentor or role model in your career?
Ben Richardson, producer extraordinaire. A man who is full of excellent ideas and always encouraging those around him to discover their own inner brilliance.

What is your favourite item from your closet that you can’t live without?
My filthy flexfit 3 tone trucker hat.

Favourite song of all time?
Gimme Shelter – The rolling stones.

What do you like to do in your down time?
I like to read books and hang with my kids and scour the internet for things to get furious about.

Do you have a quote you live by?
BE KINDER.

Do you have a signature scent? If so what is it?
Freshly mown grass.

Favourite book of all time?
The God of small things by Arundhati Roy.

If Hollywood called and they wanted to make a movie about your life, which celebrity would you want to play you?
Oscar Isaac. He’s so watchable and rugged and dreamy. 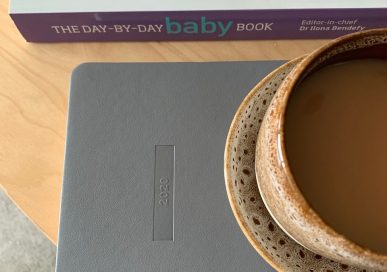