Why Fit Fads Are Doing You More Harm Than Good Travis Jones, Founder of RBT Gyms, tells us why fitness fads are doing your body more harm than good.
From trends such as ‘Veganuary’, to living solely on soups, juices and ‘miracle’ supps – the health and fitness industry is rife with wild crazes. But what harm are such trends doing to your physique results and, more importantly, your health?
It’s time to stop falling prey to the myriad of weight loss fads, particularly these keys three:
THE FAD: FAT BURNER PILLS AND SKINNY TEAS
No pill, powder, potion or skinny tea can void the fundamental weight loss principles and magically give you the looks of a magazine cover model. So, don’t fall for the outrageous claims pushed by supplement companies.
THE RISK:
Supplements are not bound by the same regulations as medications, so what appears on the label may not always be as it seems. Combining supplements with some medications can actually do more harm than good.
For example, you may increase the potential for internal bleeding and strokes by combining blood thinning agents – think aspirin or warfarin – with supplements such as Vitamin E and ginkgo biloba.
DO THIS INSTEAD:
Use supplements scientifically proven to work in high-quality human studies (not flawed animal ones), such as caffeine and yohimbine. But note: their benefits are tiny and can only be reaped if you have not already built a tolerance to the compound.
THE FAD: INTERMITTENT FASTING PROTOCOLS
Intermittent fasting (IF) is an eating style based on cycles of fasting and eating. For example, the popular 16 hour fasting method followed by the consumption of all daily calories within an 8-hour ‘feeding window’.
Many people do see impressive weight loss results when they first begin following this approach. However, this weight loss doesn’t occur because IF has any unique fat burning benefits, as is often claimed. Instead, people lose weight because they consume less food; a simple calorie deficit.
THE RISK:
Some people actually overeat during the feeding period, due to a drop-in blood sugar levels and an increase in hunger during the fasting hours. This only makes it harder to shed excess fat.
IF can also have an adverse effect on some people’s health. For example, researchers have found it can cause infertility, and menstrual and endocrine problems in female rats. And while there are no comparable studies involving humans, many women have experienced similar effects.
What’s more, IF tends to pair with elevated levels of the ‘stress hormone’ cortisol. If you already have high levels, an additional increase can harm the immune system, increase food cravings (thus lead to overeating), causes insulin resistance in some cases, and elevates the risk of developing various medical conditions, including cardiovascular disease and certain forms of cancer.
DO THIS INSTEAD:
Make sure you’re in a daily calorie deficit, meaning you consume fewer calories than you burn. A negative energy balance is a must if you want to reduce the number on your scale. Apps such as MyFitnessPal and Cronometer can make the process of tracking your calorie intake less time-consuming.
Raise your daily protein intake to between 1.8 and 2.7 gram per kg of body weight. Protein is the most satiating macronutrient, helping to keep your calorie intake in check. Adequate protein also prevents muscle loss when dieting, supporting both your metabolism and sex appeal.
THE FAD: ELIMINATING ENTIRE FOOD GROUPS
Many popular diets rule out entire food groups. One example is the ketogenic diet – an eating style that restricts your daily carb intake to below 50 grams.
THE RISK:
Ruling out entire food groups is unsustainable long term for most people. If you can’t maintain an eating style long-term, you’ll probably regain the weight lost (plus some) eventually.
Secondly, such eating styles can cause nutrient deficiencies – in terms of the ketogenic diet, two common ones are selenium and vitamin C deficiencies. Considering grains are the primary source of magnesium for most people, many keto followers are also deficient in this crucial mineral.
DO THIS INSTEAD:
Start lifting weights to rev up your metabolism and prevent muscle loss while you slim down. One study by the University of Padova, Italy found that the metabolic rate of the subjects increased by an average of 24 per cent on the day after a high-intensity strength training routine with short rest periods. This led to 452 additional calories burned over a 22-hour period, on average.
Secondly, get enough sleep. One meta-analysis published in the journal Sleep involving 604,509 adults found that those who sleep well are 55% less likely to become obese. The primary reason is that getting enough sleep benefits your brain chemistry, which causes you to feel less hungry and to consume fewer calories. Aim for at least seven hours of shut-eye each night to make it easier to control your food intake.
KB x
Tags: health, RBT GYMS, Travis Jones, wellness
Share: 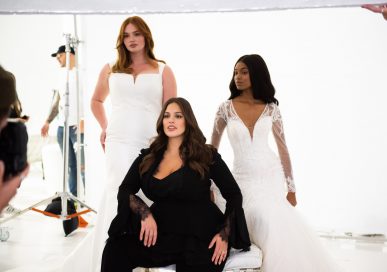